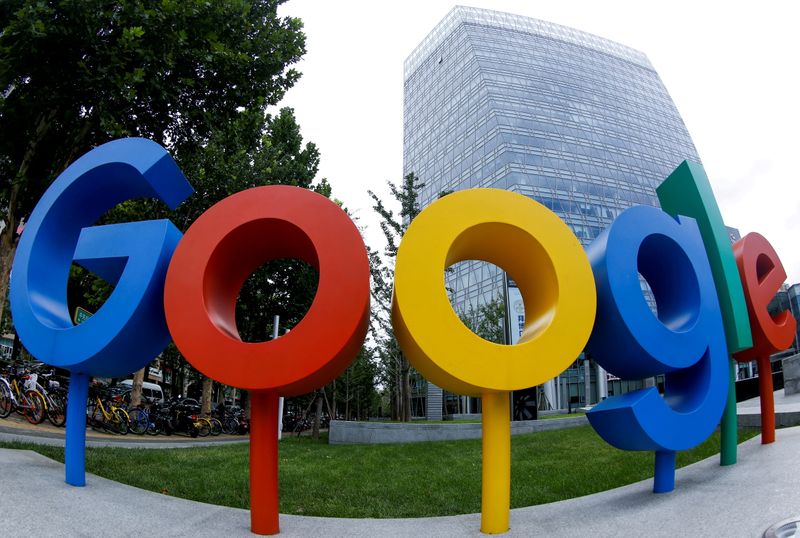 SYDNEY (Reuters) -Australia’s antitrust watchdog said it wants the power to curb Google’s use of internet data to sell targeted ads, saying the Big Tech firm dominated the market to the point of harming publishers, advertisers and consumers.

The comments, in a report published Tuesday, set up another possible showdown between Australia and Google months after the Alphabet (NASDAQ:) Inc unit vowed to pull core services from the country over a new content licensing law.

It may also spur along an anti-monopoly lawsuit reportedly being prepared by the U.S. justice department accusing Google of using its market muscle to hobble advertising rivals. European regulators are also scrutinising Google’s advertising business.

In its “ad tech” report, which still must be considered by the government, the Australian Competition and Consumer Commission (ACCC) said Google’s dominance of online advertising was so entrenched that existing laws were insufficient to rein in any anticompetitive behaviour.

More than 90% of clicks on advertisements that passed through Australia’s “ad tech” supply chain went through at least one Google-owned service in 2020, the regulator said.

“Google has used its vertically integrated position to operate its ad tech services in a way that has, over time, led to a less competitive ad tech industry,” ACCC Chair Rod Sims said in a statement.

“This conduct has helped Google to establish and entrench its dominant position in the ad tech supply chain. We recommend rules be considered to manage conflicts of interest, prevent anti-competitive self-preferencing, and ensure rival ad tech providers can compete on their merits.”

A Google spokesman was not immediately available for comment. In a blogpost published shortly before the ACCC report, Google said its advertising technology supported over 15,000 Australian jobs and contributed $2.45 billion a year to Australia’s economy annually.

The ACCC said the U.S. company benefited from vast amounts of internet user data from its search engine, mapping and YouTube video streaming services, and must be more transparent about the way it uses this information to sell advertisements.

The regulator said it wanted special powers to address the imbalance of advertiser access to consumer data, such as rules stopping a company from using data collected by one service – such as mapping – to sell targeted advertisements without a rival company getting the same benefit.

It said it also wanted Google to be made to clarify publicly how it used people’s data to sell and display advertisements.

The “ad tech” report was part of the ACCC’s wider examination of online platforms which earlier this year prompted Google to say it might withdraw core services from the country over laws forcing it to pay for media content that features on its websites.

Google has since announced content payment deals with most of Australia’s largest media outlets, as did social media giant Facebook Inc (NASDAQ:) which did cut news feeds in the country for a week in the days before the law was passed.

Treasurer Josh Frydenberg, who commissioned the report, said in a statement the government would consider the report’s findings and recommendations.

Disclaimer: Fusion Media would like to remind you that the data contained in this website is not necessarily real-time nor accurate. All CFDs (stocks, indexes, futures) and Forex prices are not provided by exchanges but rather by market makers, and so prices may not be accurate and may differ from the actual market price, meaning prices are indicative and not appropriate for trading purposes. Therefore Fusion Media doesn`t bear any responsibility for any trading losses you might incur as a result of using this data.

Fusion Media or anyone involved with Fusion Media will not accept any liability for loss or damage as a result of reliance on the information including data, quotes, charts and buy/sell signals contained within this website. Please be fully informed regarding the risks and costs associated with trading the financial markets, it is one of the riskiest investment forms possible.